Our customers are always asking us which grass seed is best for their lawn, so we decided to conduct a Pennington vs Scotts lawn seed test to see which seed produced the best results.

All products were purchased at a local store – we did not contact Scotts or Pennington. Scotts EZ Seed was slightly more expensive than Pennington One Step Seed.

Scott’s claims to use an all-natural seed that holds more water than Pennington One Step Complete seed. The bag of Scott’s purchased had very little seed mixed with a significant amount of mulch, I found the seed to be very tiny and fine, like millet. Several online reviews of Scott’s EZ Seed noted this product as being great for filling in your lawn’s stubborn bare spots.

Background on Pennington One Step Seed

Examining the samples side by side it is evident that Pennington One Step Complete uses far more seed than Scotts EZ seed. But, is it twice as much? It’s hard to tell for certain but there was certainly more seed in Pennington’s sample.

For this test, we used 4-inch aluminum trays that were filled with three inches of a combination of local soil and the grass seed. The watering protocol we followed was twice a day: once in the morning and once in the afternoon.

In order to complete the experiment prior to Missouri’s lawn care season, we conducted the test in Florida due to its ideal weather conditions in late winter & early spring.

All test photos were captured at 9 am to maintain consistency & the daily weather forecast is provided throughout the duration of the experiment.

After the initial 21 day test period, the grass from Pennington One Step was higher, thicker, and greener than Scott’s EZ, as well as Jaguar’s Tall Fescue and the 5 way blend. 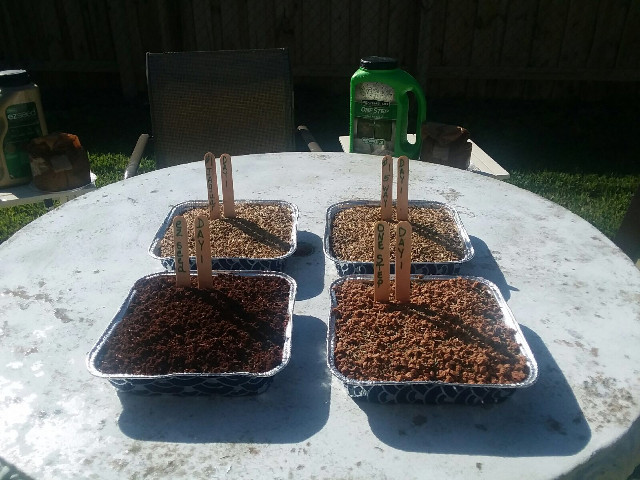 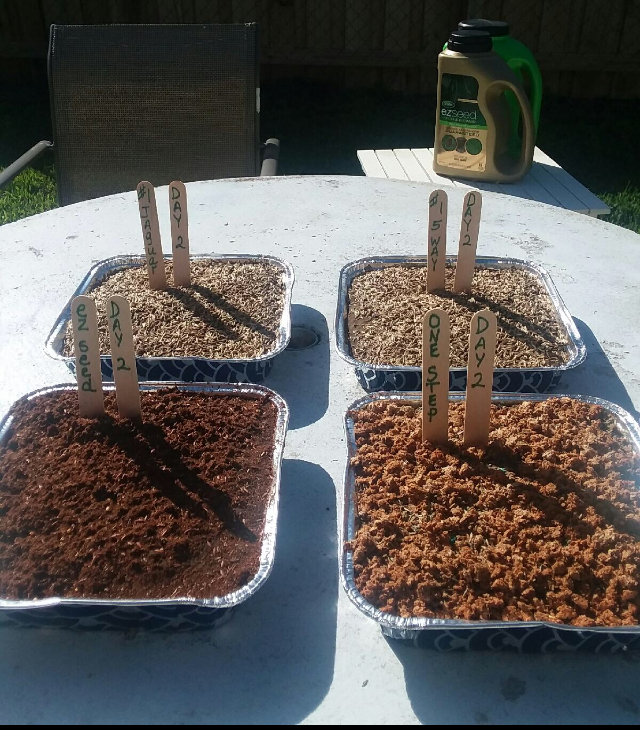 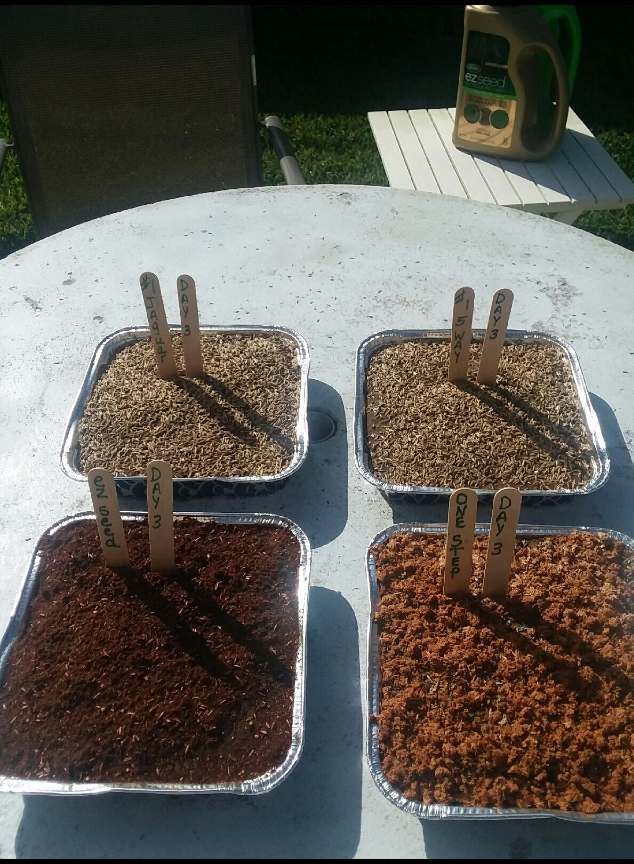 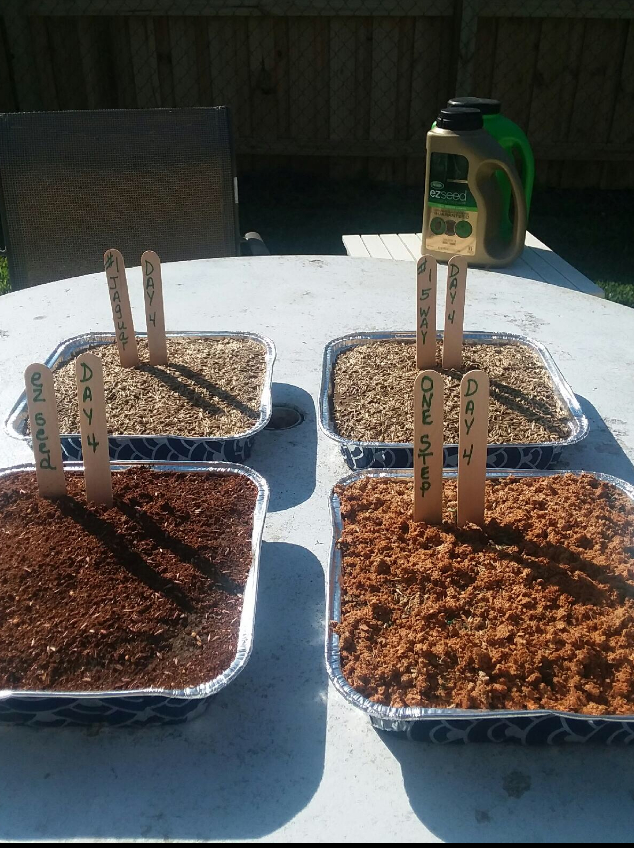 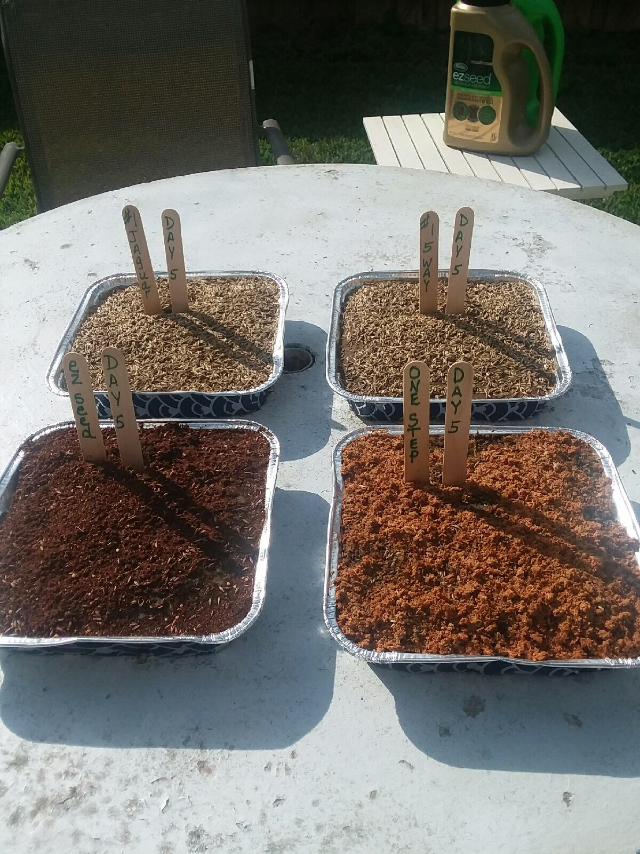 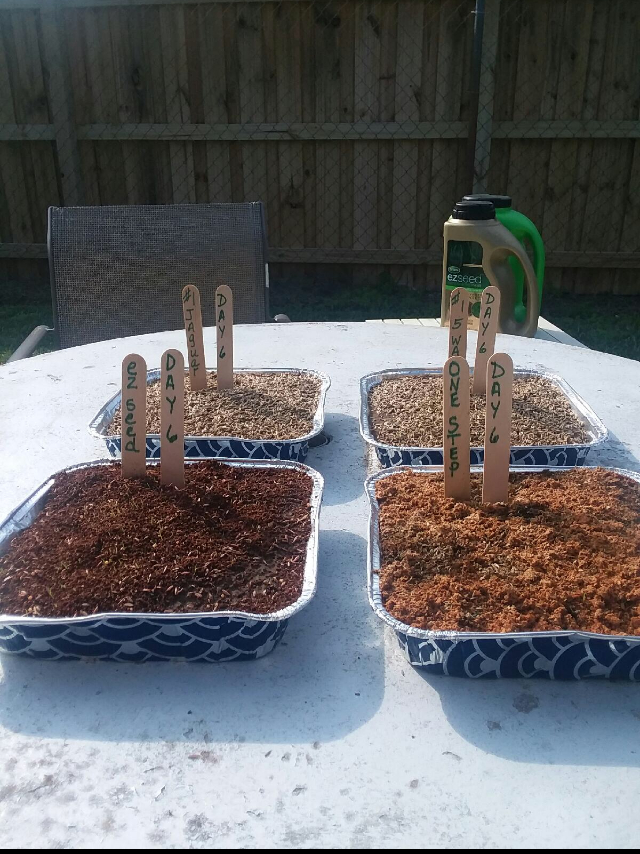 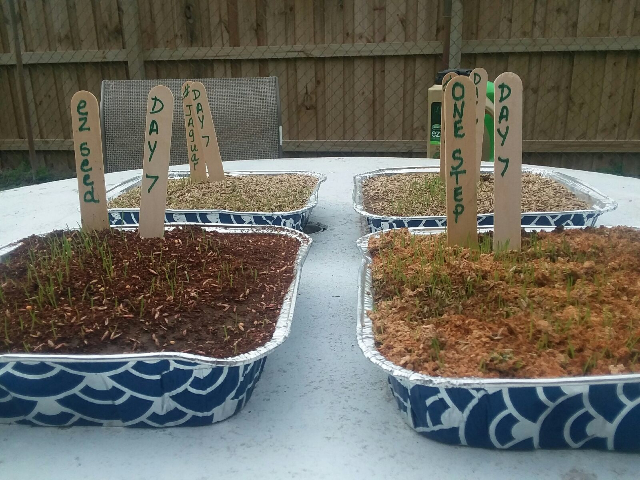 After one week, it appears Scotts EZ Seed is in the lead. 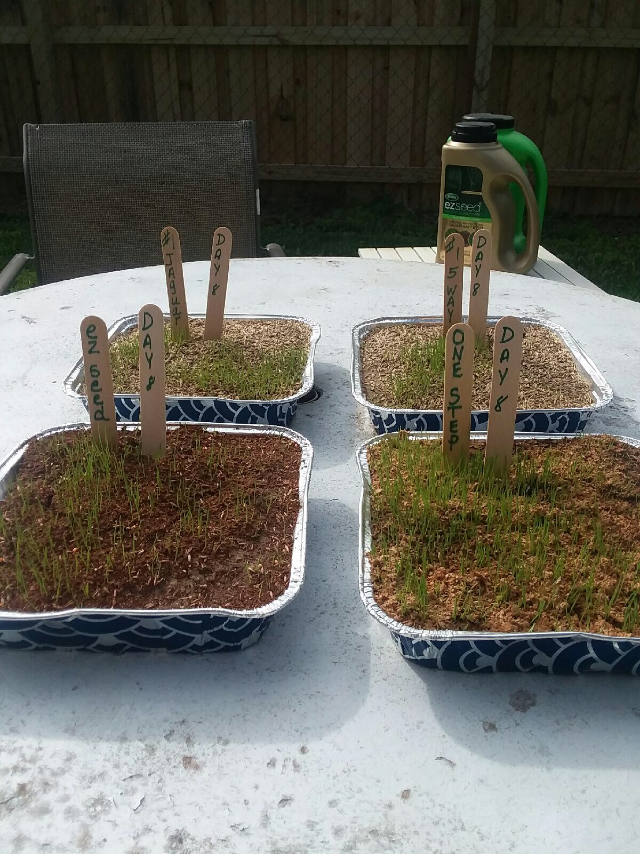 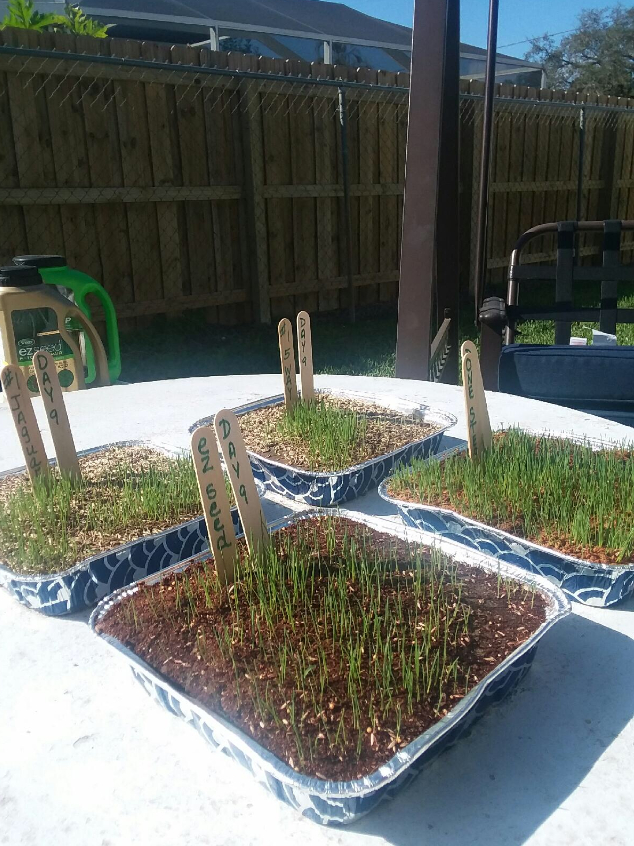 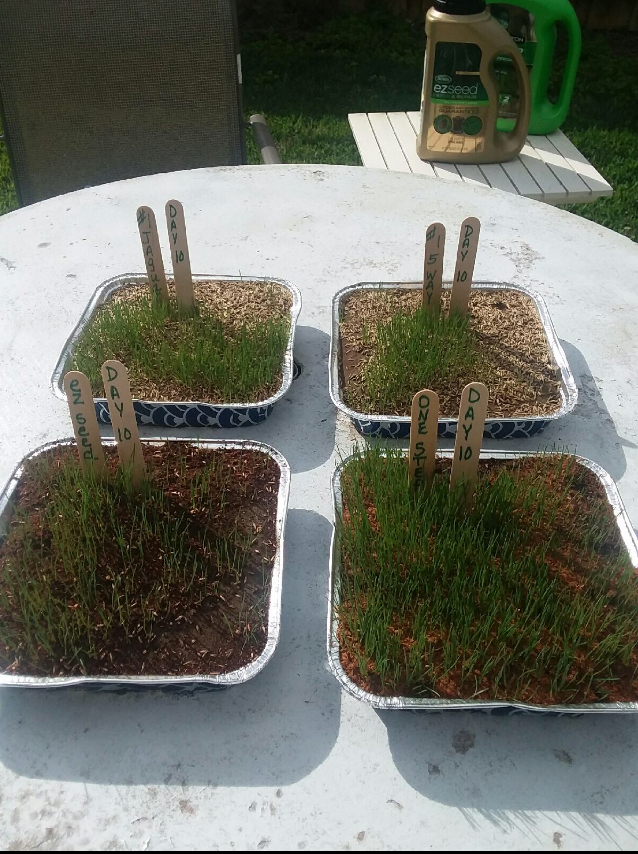 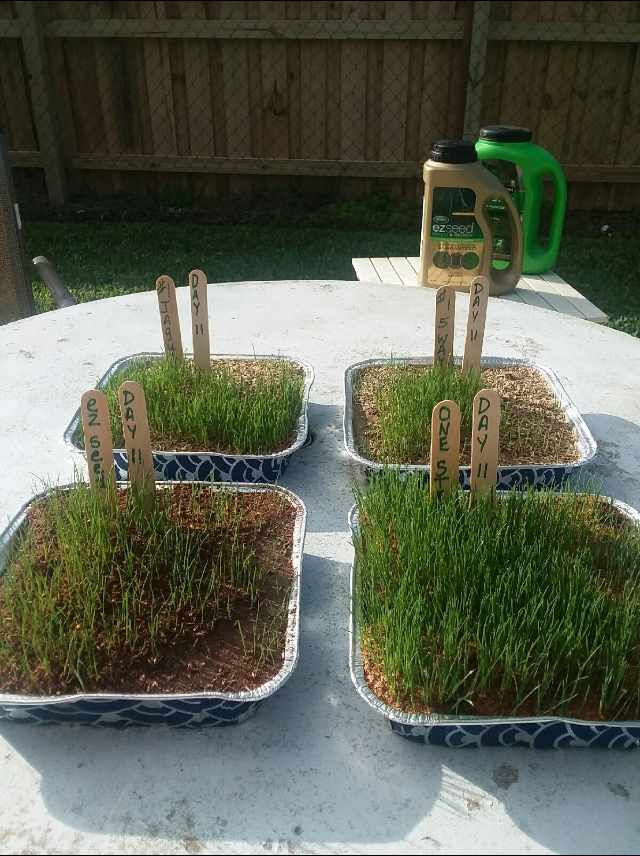 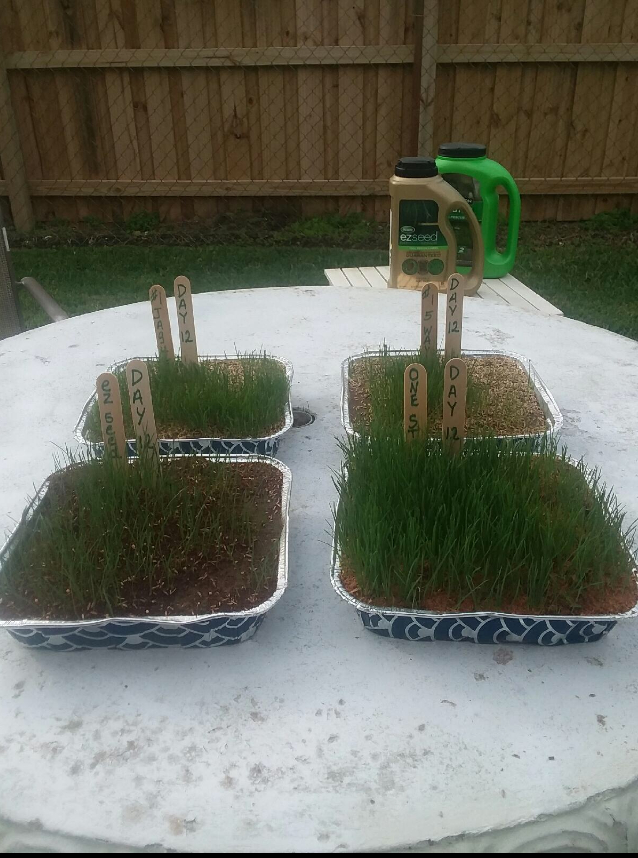 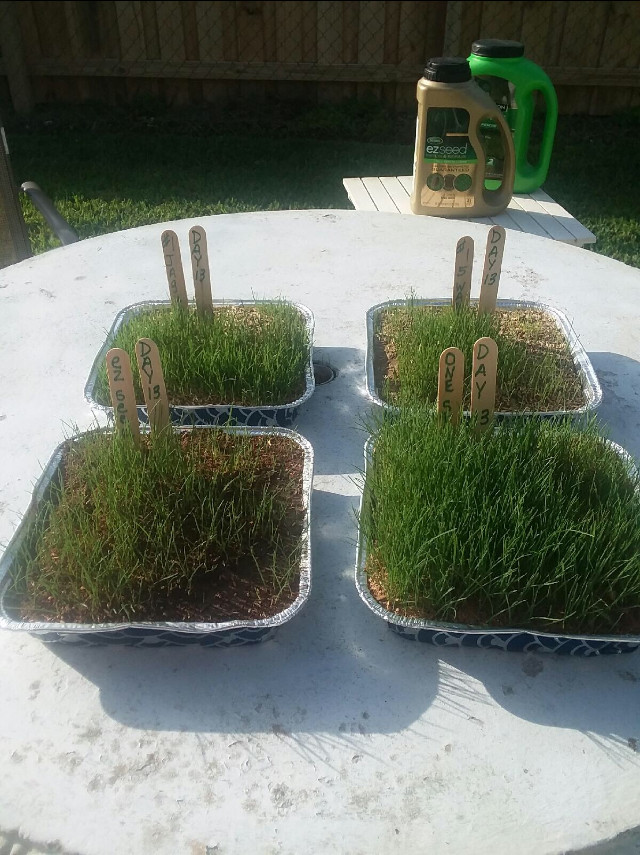 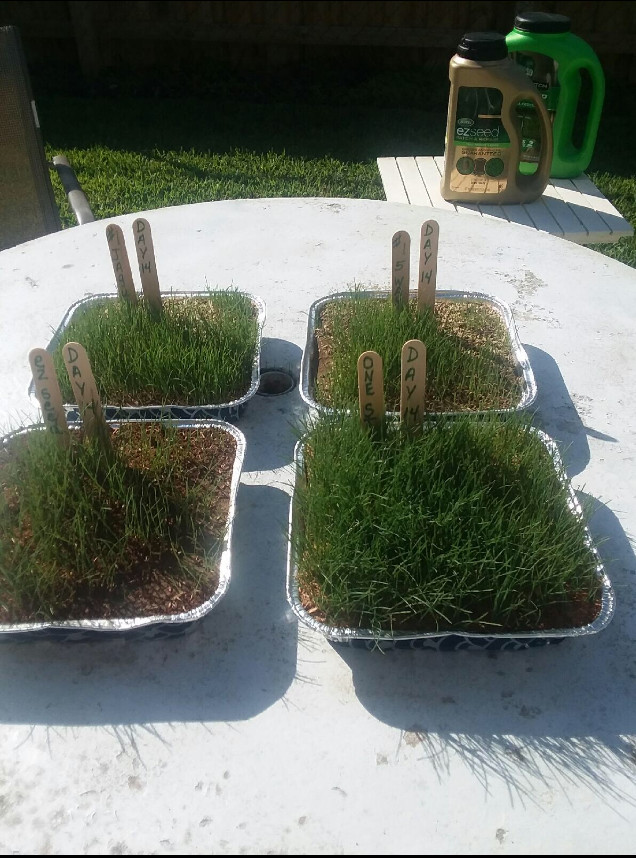 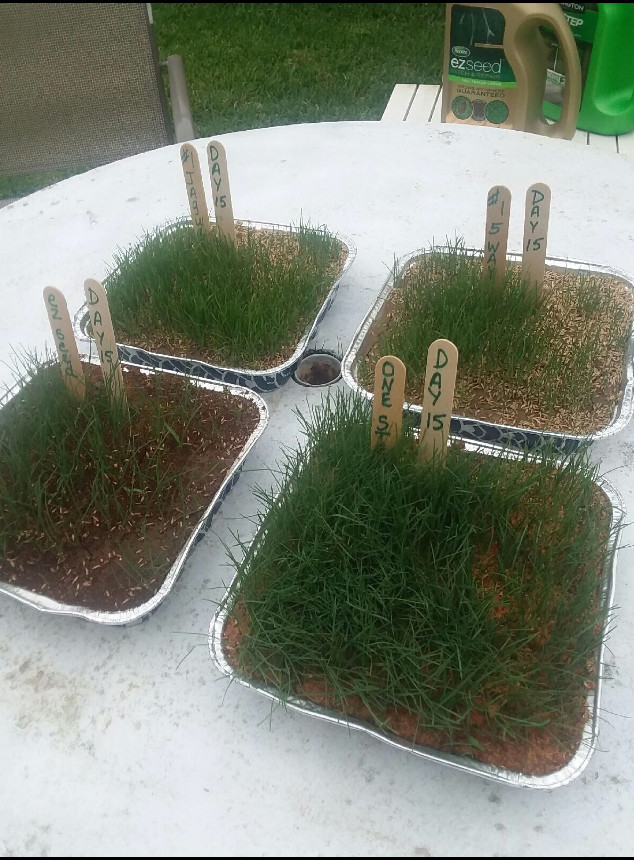 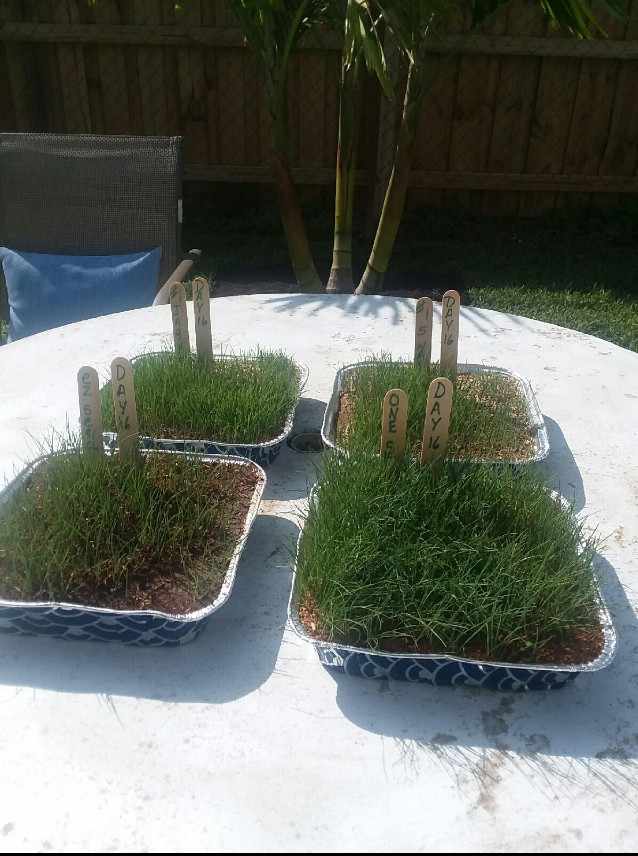 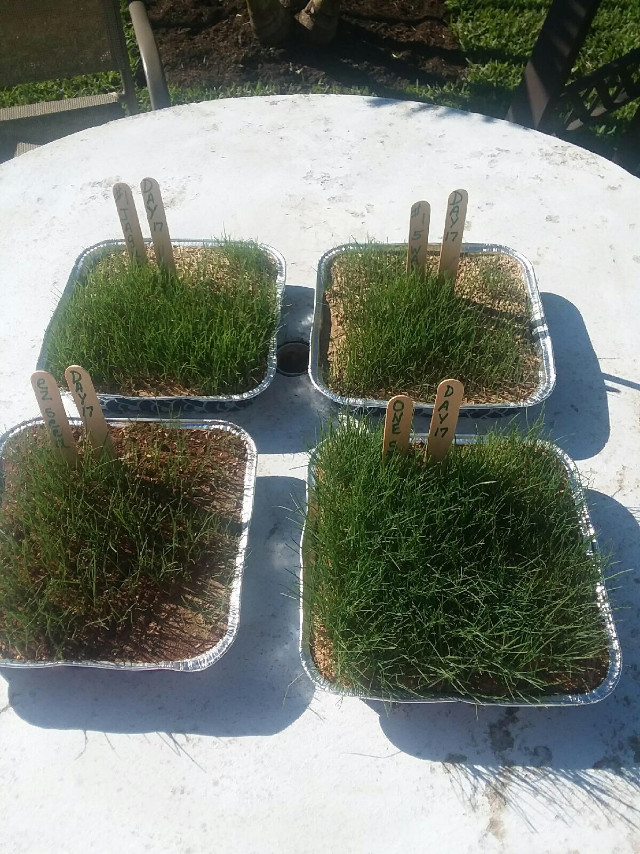 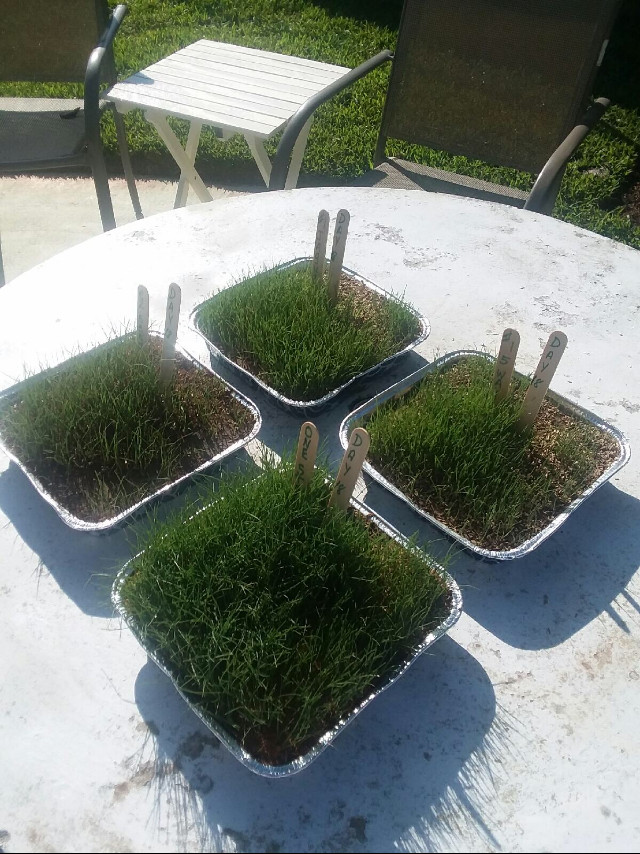 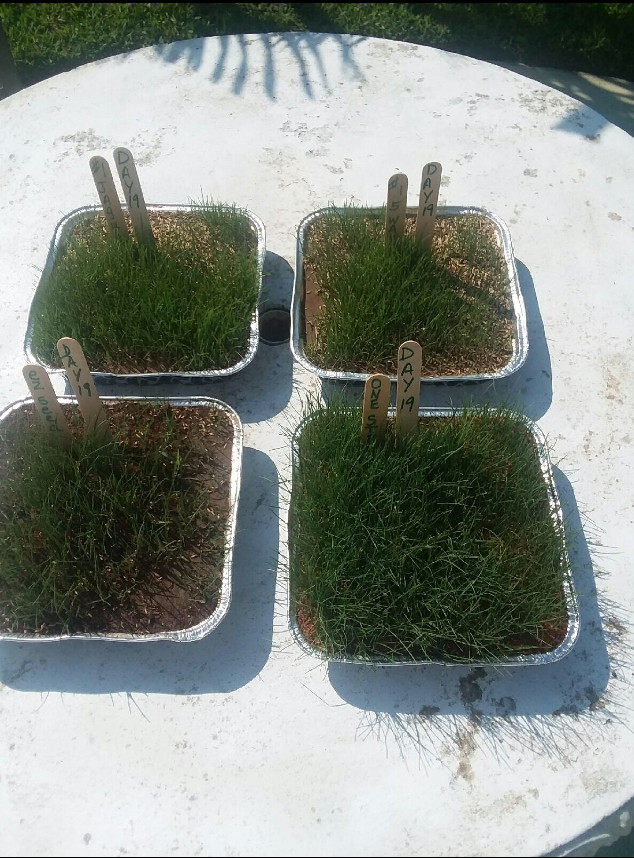 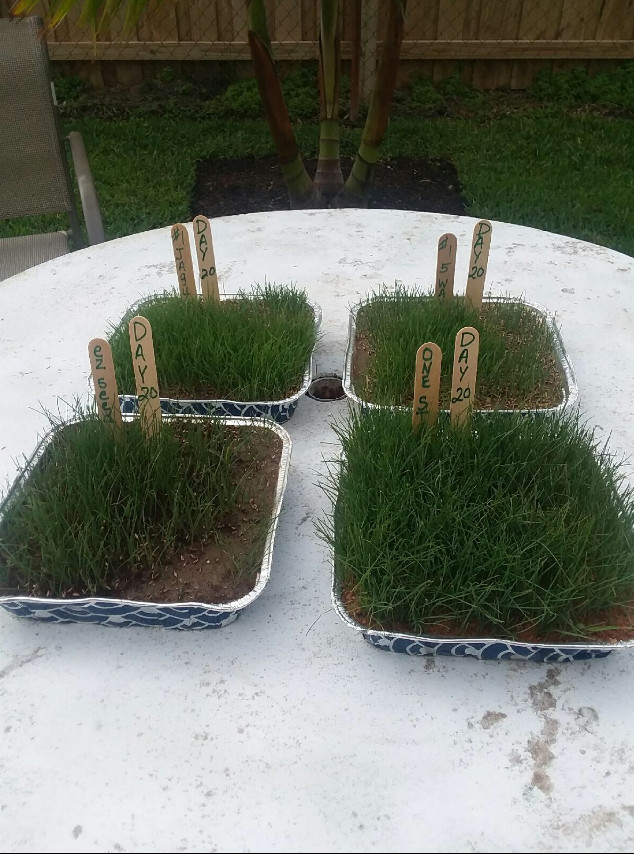 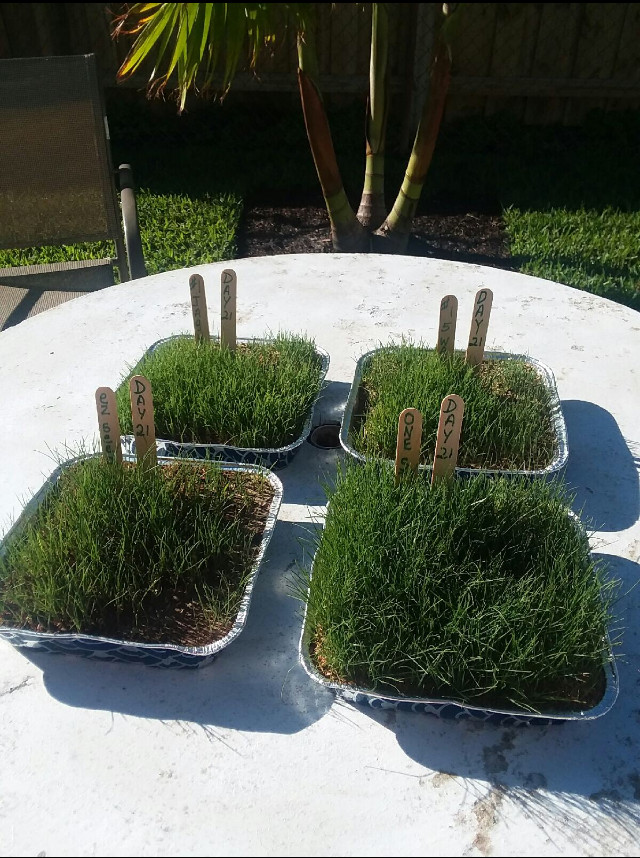