Got Weeds? Learn to Identify and Properly Remove Lawn Weeds

There are many different types of lawn weeds that can wreak havoc on any homeowner’s lawn. We want to provide you with the practical knowledge necessary to prevent weeds and to combat them so your lawn is in great shape all season long. 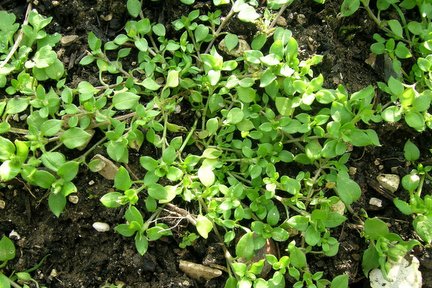 Chickweed is normally found in gardens with high nitrogen content and a neutral ph level and can grow between 2-6’ high. This weed thrives in the springtime and can spread quickly and can take over your garden in just days if not treated quickly. When removing the chickweed, be sure you’re removing the entire root, this way you’re preventing the weed from reproducing. 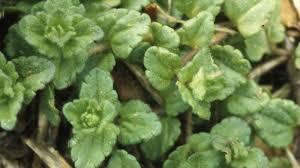 The Corn Speedwell is recognizable by its hairy stems and small blue or white heart shaped flowers. While compared to other weeds, the Corn Speedwell is not an aggressive species. This weed typically grows in the spring and can grow between 2-8” tall. The best treatment for this weed is when the weed is flowering. Use a selective post emergent herbicide; and when applying to newly seeded areas of your lawn, be sure to spray in intervals.

This weed is a member of the mint family and when cut, lets off a faint mint smell. This unusual weed can grow vertically and horizontally. It is spread by seeds, and can be found flowering during the early spring. Often confused with Speedwells, Dead Nettle and Ground Ivy because of its appearance. This type of weed prefers cool, moist soil and thrives in newly seeded areas. You can prevent this weed by using mulch and blocking out any sunlight the infected area receives. Kill this weed during the seeding to flowering stage of growth. It’s best to treat this weed  between its seeding and flowering stage. To treat this weed apply a post emergent herbicide, (dithiopyr, isoxaben, pendimethalin, or prodiamine) Also, you can apply a thick layer of mulch normally 2” thick to discourage growth. Improving your drainage and removing any wet spots will help eliminate any growth. 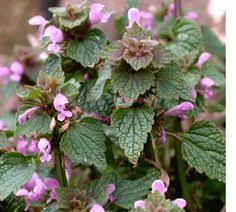 This weed is often confused with the Henbit because Both weeds have square stems and belong to the mint Family. What make the Deadnettle different is the leaves Are triangular in shape and less deeply lobed than Henbit. The upper leaves are red to purple in color. This weed Can be found in zone 4 to zone 8. To kill this weed Effectively apply a post emergent herbicide application. Kill this weed during the seeding to flower stage of Growth. This weed thrives in thin turf and its found in Moist fertile soils. It can be found in dormant warm Seasons. It grows best in the cooler weather of late fall or early spring. Shade will reduce the weed from spreading. 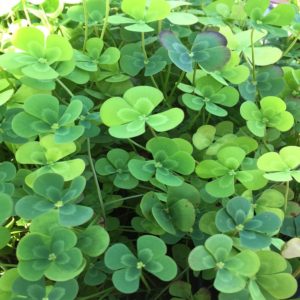 White clover is quite common in Central Missouri.. White clover is adapted to Many different types of soil, but does best in soil that is low in Nitrogen. Turf grasses need a high count of Nitrogen to keep the “green color” or green pigment Seeing an abundance of clover will signal a need to fertilize and replenish the Nitrogen in your soil. This is a cool season perennial with very small roots, but it is not recommended to remove the weed by pulling out its roots. If the Stolons are broken this could lead to an increase in Spreading of the clover. If attempting to treat this weed by yourself, treat during the Spring and when Temperatures are consistently below 50 degrees is when this will have the greatest effect. You can use the same herbicide as Ground Ivy or Creeping Charlie recommends. If trying to get rid of this weed use a herbicide that has “Quinclorac” in the ingredients.

The dandelion is a winter perennial with a thick yellow fleshy top that often branches out, giving it a distinct look. New plants come from the root and root segments. Leaves form in a rosette, are deeply lobed, with the lobes pointing toward the base. Both the leaves and flower stems contain a white milky fluid. Since Dandelions are winter perennials that germinate in the fall it is recommended to use a post emergent herbicide for removal.

Better known as Creeping Charlie, was first brought here from Europe because of its medical uses, like reducing eye irritation. This cool season perennial weed is resistant to a lot of herbicides. This weed thrives in moist shady areas, but it will grow in the sun. Also a part of the mint family, and gives off a mint smell when mowed. This weed can vary in length, from a few inches to a several feet(!). If trying to get rid of this weed use a herbicide that has “Quinclorac” in the ingredients. This is normally used for treating crabgrass, but it will effectively treat Ground ivy, Crabgrass, clover and Knotweed. 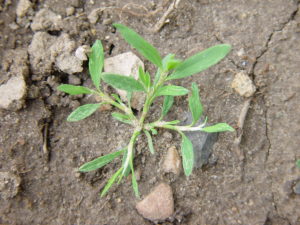 This type of weed is a cool season annual and it germinates in late winter or early spring. This type of weed forms big“mats” in the lawn. It can grow to 4-8 inches in length. Some forms of Knotweed can grow to as long as 18”. When its seeds are spread they often survive mowing. They often are spotted in parking lots, sports fields, turf, or any other high traffic area because they can survive in places most other weeds cannot. We recommend treating these weeds with mulch.  This will often prevent most weeds from invading a garden. If trying to manage this weed by yourself use a herbicide that has benefin, dithiopyr, oryzalin, pendimethalin, prodiamine or trifluralin in it. 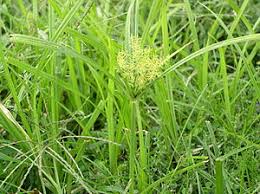 Nutsedge, or some call it nut grass is one of the most irritating weeds for homeowners in mid Missouri. This weed thrives in wet swampy conditions; normally in areas with poor drainage. This plant can triple in size in just a few days. Just like crabgrass it can spread quickly and can very rapidly take over your lawn if not managed appropriately. If your are attempting to kill this plant on your own use a herbicide that has SedgeHammer or (halosulfuron) in it for best results. 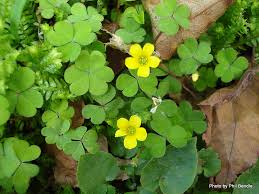 Creeping Woodsorrel is a summer perennial weed that is similar to clover but this weed has five heart shaped flowers instead of four. When trying to kill this weed make sure to target it in the flowering stage for the best results. This weed can be pulled by hand in the early stages of development. If your yard is dense and thick it will resist this type of weed and does best in big empty spaces and is found all over the eastern and central parts of the US.